As the tickets are limited to 140 in the Civic Hall and 67 in Marvell Hall in Byron the events will probably sell out. 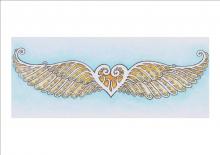 Uniting in the Heart
You are invited to share Sufi chant, stories and poetry at our home at 47 Station St, Mullumbimby from 7-8.30pm this Friday 20th November.
We finish with supper, so if  you  feel like bringing something to share, please do. Donation of $10 is greatly appreciated. Let me know if you are planning to come...Shakur Allah!
Where am I going on this glorious journey? To your house of course!... Rumi

The evening started with Trent presenting his detailed, highly-relevant view of present world circumstances, and how Mullumbimby was (paraphrasing) a bulwark, a 'last stand' against the madness that is enveloping other regions, other states, and the world.

Trent detailed the need for all of us to remain steadfast, or at least begin to push back against mandated mask wearing, vaccinations, a cashless society, and other matters.

The Byron Bay Gnostic Society is offering a weekly Introductory course in the ancient science of Gnosis 7 pm Fridays beginning 16 Oct 2020.
“My advice to you, whoever you may be.
...if you do not discover within yourself that which you seek, then neither will you find it without.”….
….Oracle at Delphi
Classes are at 37 Cowper St, Byron Bay Sean, and Rachelle
Gnostic Society, Byron Bay

Next Sufi zikr1 and Sema2 is happening this Friday 30th October 7-8.30pm, followed by supper. Address: 47 Station St, Mullumbimby. Park in Woollies and walk across the road. All welcome. Please let me know if you are coming. Suggested donation $10.

From this article in today's SMN

Autistic people are the garlic in life’s salad, and therefore not to everyone’s taste. But how dull life would be without them – a case of the bland leading the bland. With diagnostic hindsight, we now know that Mozart, Einstein, Orwell, Van Gogh, Steve Jobs and many other scientists, mathematicians, artists, musicians and computer masterminds such as Alan Turing were on the autistic spectrum. Joining their quirky ranks is Julian Assange.

They're the disrupters1, they're not very sociable, they're generally not interested in being nice, harmonious or agreeable - quite the opposite.

“... as youths (Thomas Edison, Leonardo da Vinci, Hans Christian Anderson, Niels Bohr, Sir Isaac Newton, Sir Humphrey Davy, Albert Einstein) all had one characteristic in common; each was an individualist, saw no need to explain himself and was thus listed among the odd men out.”2

In regards to Einstein:

“He was in his mid-fifties, unsociable rather than the reverse.”3

“He was, as he often said, the kind of man who did not work well in a team.”4

(He was) … “the man who failed to fit in or to conform, the non-respecter of professors, the dropper of conversational bricks.”5

And yet those disrupters, those mavericks, those 'droppers of conversational bricks' who fail to conform or fit in, serve a tremendously valuable service to society. As George Bernard Shaw put it, somewhat bluntly

So, a question I think that deserves discussion in a future Byron Sophia discussion is "Do we seek peace, unity and harmony to the detriment of a progressive, genuinely creative society, which is reliant on said disruptive disagreeable types??"

This Corona crisis, according to all we know today, must be renamed a Corona scandal, and those responsible for it must be criminally prosecuted and sued for civil damages.

the anti Corona measures have caused and continue to cause such devastating damage to the world’s populations’ health and economy that the crimes committed by Mssrs. Drosten, Wieler and the WHO (World Health Organization), must be legally qualified as actual Crimes against Humanity as defined in sec. 7 of the International Criminal Code.

Through an international lawyers’ network which is growing larger by the day, the German group of attorneys provides to all of their colleagues in all other countries—free of charge—all relevant information, including expert opinions and testimonies of experts showing that the PCR tests cannot detect infections. And they also provide them with all relevant information as to how they can prepare and bundle the claims for damages of their clients, so that they, too, can assert their clients’ claims for damages either in their home countries’ courts of law, or within the framework of the class action as explained above.

These scandalous Corona facts gathered mostly by the Corona Committee and summarized above are the same facts that will soon be proven to be true either in one court of law, or in many courts of law all over the world. These are the facts which will pull the masks off the faces of all those responsible for these crimes. To the politicians who believed those corrupt people: These facts are hereby offered as a lifeline that can help you re-adjust your course of action and start the long overdue public scientific discussion, and not to go down with those charlatans and criminals. 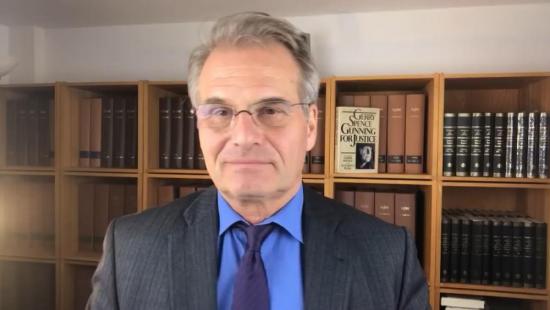 A video about covid-19 that, according to some comments (included below, in case the video is censored), "Brilliant interview. A wise and brave man, and a very soothing presence in a sea of insanity. Many, many thanks." (and many more of similar sentiment) 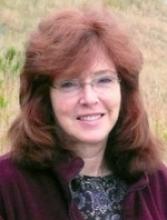 Please book vis Turningpointtalks.com, because of Covid restrictions. However, if you have issues with link please come anyways as should be enough tickets at door. Donation only!

Ellen Brown is one of the most important activists in the USA. She supports Public Banking and exposes the destructiveness of privatized banking. She has written over 14 books including the best seller “Web of Debt”, also the name of her website. She is a lawyer and natural medicine advocate.

Her books and speeches cut through obscure financial blather to enlighten ordinary people. Complex ideas become crystal clear. After listening to Ellen people suddenly realize what causes so much inequality and ecological damage: money. More importantly, we can then see what to do about rescuing our democracy and our environment!

Ellen reveals the reasons for the appalling choice Americans have to make in the upcoming elections. Both Democrats and Republicans have been captured by the power of Big Money; private banks and investment houses which create credit for the wrong projects and then gamble on the derivative market. Small business and families pay via expensive credit cards to gain some working capital, while large business has subsidies, loans and bailouts from cronies in the Treasury, Wall Street and Government.

Her talk will be day after the US elections, and amidst the chaos and recriminations, her insights will help Australians see through to causes and solutions. Attendees at her Nov 3rd Zoom presentation will leave with new enthusiasm and understanding. The presentation will be partly via video, but people who would like to be part of the live Zoom connection a few days before, asking questions directly, could contact Liz (through this website)